Last week, Chefs Jacob, Yulanda and Willy joined me on a tour of a local farm in Carmel Valley.  We wanted to get a firsthand look at where some of our meats come from.  The Central Coast has long been a source of grass-fed beef, lambs and pork.  Unfortunately, while they serve as agrarian beautification along our highways, they rarely make it into local restaurants.  This is due largely to the lack of USDA certified processors, which means a farmer must drive three hours to get their animals legally butchered.  Many farms have realized that it is more lucrative to get the animals processed at a USDA facility and them take them to market in a nearby city.  This is why a majority of the pigs from Carmel Valley end up at farmers markets in Los Angeles and San Francisco. 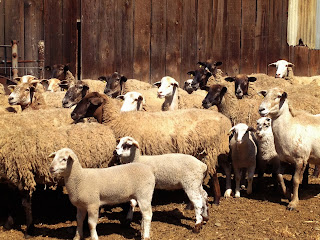 The ranch we buy some of our pork and lamb from is an incredible piece of property that has been in the same family for generations.  It is composed of two thousand acres of rolling grass hills and scattered oak forests.  Visiting the ranch is like stepping back in time.  Cattle graze along the dirt road and two massive Great Pyrenees watch a flock of sheep inside a wooden corral.  Livestock, by nature, is a somewhat morbid business, but seeing the ranch in person reminds us of how our buying decisions ultimately determines the way animals are treated.  When you watch the animals feeding and interacting with each other, it is clear that this is a far better alternative to mass produced meats.  By not supporting factory farming, we help protect small local ranches, and in turn ensure that the rich agricultural heritage of the Central Coast is preserved. 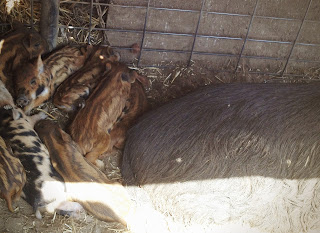 Toward the end of our tour the rancher offered to show us a litter of wild boar that had just been born.  The tiny piglets looked more like leopard cubs than pigs with their striking markings.  I walked around the coral to get a picture.  As I angled my iphone over the fence for the perfect shot I quickly recoiled as though bitten by a snake.  My phone was flung from my hand into the dirt pen where it was quickly engulfed in the maw of the angry mother boar.  I soon realized that an electrified wire ran behind the wooden rail and I had been electrocuted.  Luckily with a few yells and a flailing of my jacket the pig was convinced to drop the phone just long enough for me to remove it with a stick. 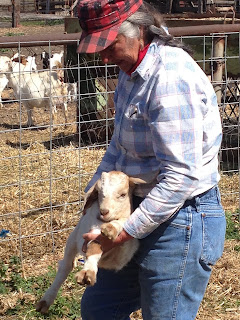