Scenes From Tsukiji Market in Tokyo 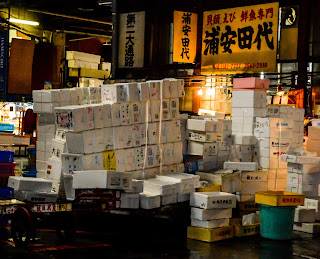 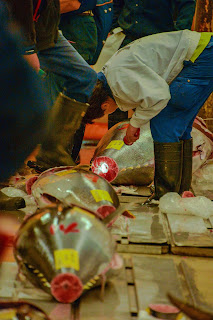 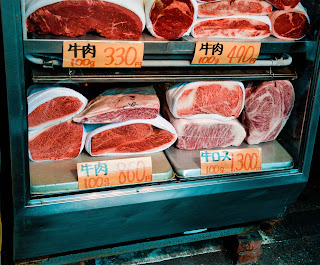 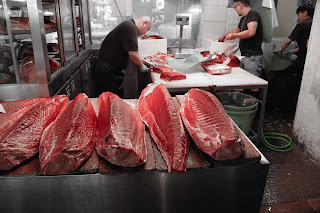 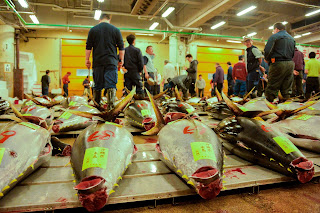 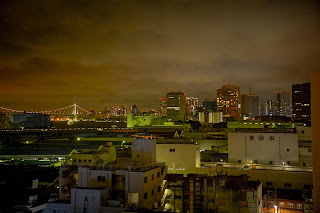 I found those striking red walnuts at a tiny farmers market in Kenwood, California last week. They have a delicious citrusy quality and are far less tannic than normal walnuts. These are a fairly new variety created by grafting Persian red-skinned walnuts into larger English walnut trees. I hope I can find some to use at Sierra Mar soon! 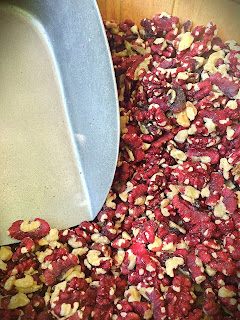 When I was in Tokyo last month I had a wonderful meal at Jimbocho Din. One of the dishes that really stood out was a tomato marinated with rice wine vinegar and vanilla. The vanilla flavor really accentuates the sweetness of the tomato without adding any actual sugar. Chef Zaiyu Hasegawa brings both incredible technique and a great sense of humor to all of his dishes.

Tonight I am doing a play on the tomato-vanilla combination with softshell crab chips and a Tomato-vanilla vinaigrette. 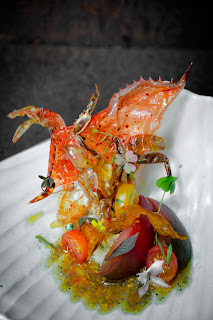 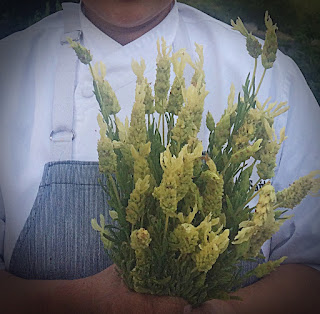 One of our neighbors brought is a bouquet of rare white lavender from Big Sur. These beautiful flowers have a refined aroma reminiscent of honey and sage.
at 4:32 PM No comments: 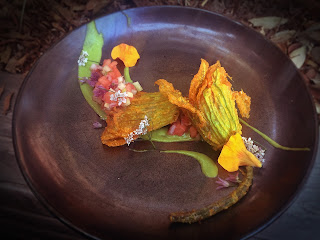 I love how squash blossoms look when they are fresh and open, however, when they are fried they lose their natural look and take on a more muted color. To try and preserve the squash blossoms natural beauty, we took one blossom and remove the stem, then filled it and rolled it into a tight ball before dropping it into another open squash blossom. We took these two blossoms, and dipped them into an intense yellow saffron champagne batter and fried them in hot rice oil until they were crispy but kept their bright color.
at 11:26 AM No comments:

It's been six weeks since we started using compressed air to "pre-rinse" dishes at Post Ranch.  A lot has happened since then!  Here are some updates:


·         That's enough to provide water to every residence California for ten days. Or the equivalent to daily residential water consumption for the entire country! Or enough water to fill a 100 foot deep – four square mile lake!


·         The stock air compressor and nozzle work pretty well for clearing most foods. Some items like dried egg yolk and thick sauces are difficult to remove. Though most stubborn foods are taken care of in the dish machine.


·         The level of interest has been incredible. In fact, this week alone I was contacted by Sprout Restaurant Group in LA, MGM Resorts and the San Diego Zoo. Several restaurants and clubs have already made the conversion and I have gotten calls from Canada, Hong Kong and New York.


·         Ever since starting this about six weeks ago I have been working on a way to optimize it for restaurants. The stock air hose works well- but my goal was to have a nozzle* that would have a high power air stream controlled by the main lever and a thumb button that could release a blast of hot steam/water for hard to clean items. Luckily I have some really brilliant friends who were able to coordinate, build and install a prototype. This is the first day we are testing it! We can now easily switch between 120psi air stream, standard water or a hybrid air-water jet.  *patent pending
With the drought getting worse every day it is so important to make this kind of technology readily available to anyone willing to adopt it. I have reached out to companies like Sysco and Ecolab, but so far no-one has been willing to help manufacture of distribute a kit to restaurants. I'm hoping to make a few more prototype nozzles and put together a group of pilot restaurants to test them. I'm also working on putting together a kickstarter campaign to raise enough capital to do a manufacturing run that would make them more economical and accessible to everyone. Anyone who is interested in getting one, or helping with the project, can e-mail me at: airnotwater@gmail.com
at 3:15 PM No comments: 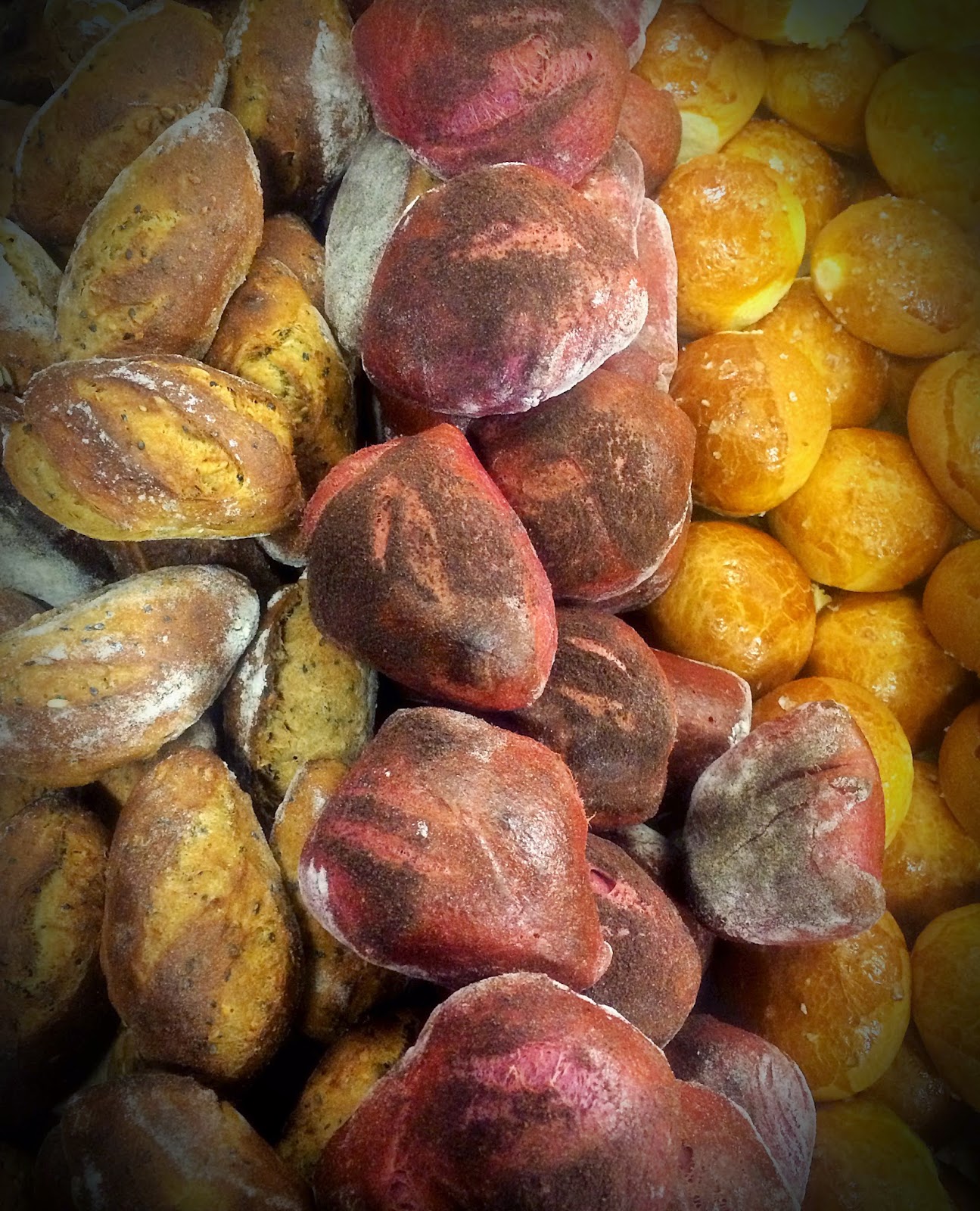 Red Wine Bread- made from the skins and seeds of leftover
after pressing grapes for wine.