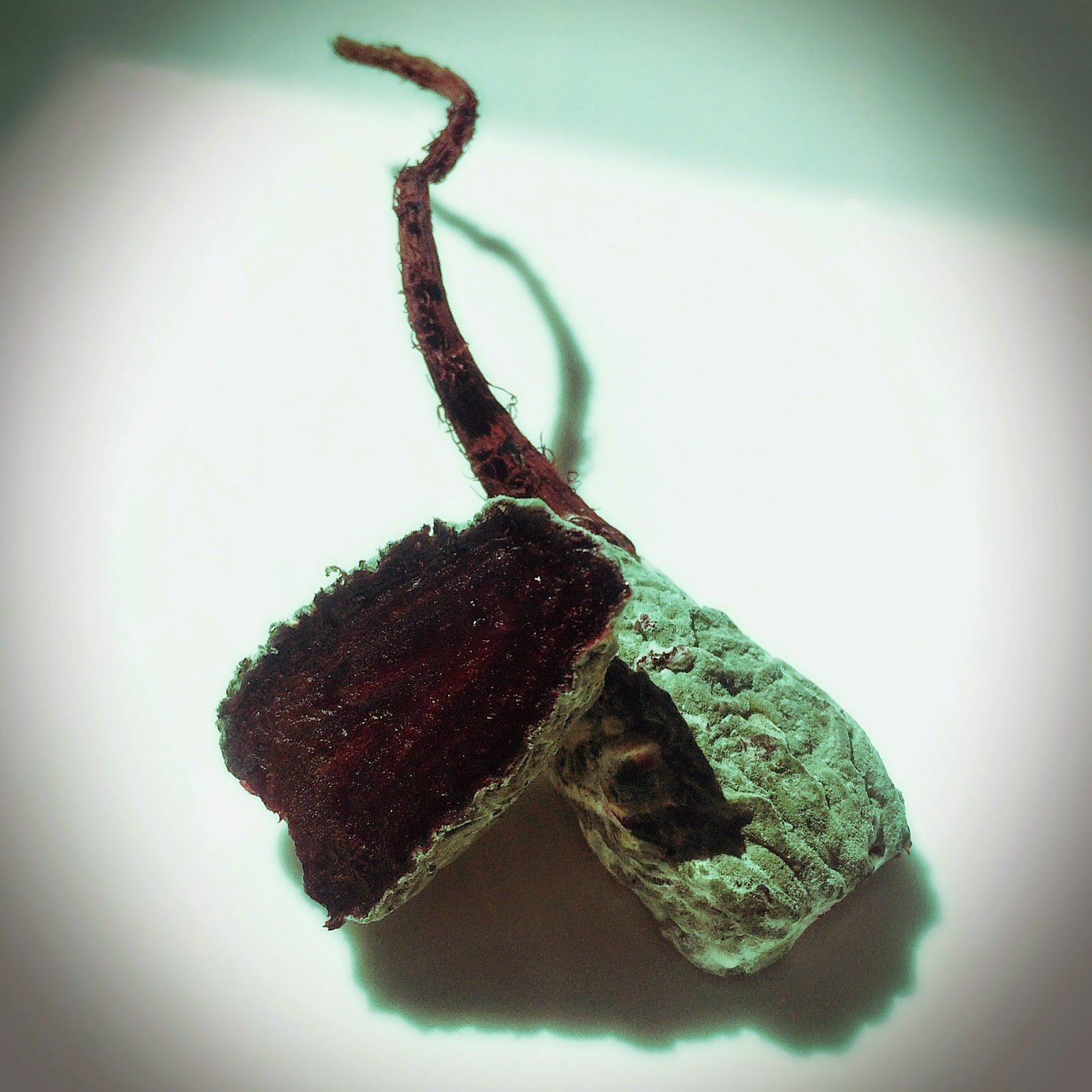 Just when you thought you had seen every conceivable combination of beets and blue cheese…. Last week I took small bulls blood beets and cooked them with red wine vinegar and sea salt- then inoculated them with penicillium roqueforti and dry aged them for ten days. After a few days the beets took on a nice white bloom and after eight days were fully coated in a lush layer of dark blue mold- the same mold that grows in the lime stone caves where Roquefort cheese is produced. With a touch of trepidation I cut one in half and tried it. The beet itself had taken on a very rich and decadent texture and had turned almost black. The natural sweetness of the beet was balanced by an intense earthiness- the aroma of wet dust, like the unmistakable smell of the desert after the season’s first rain. The mold also seemed to bring a pepper-like spice.


While I believe this preparation is too intense to serve in its entirety – my next test is going to be inoculating large beets and then cutting them into thin slices so the ratio of exterior mold to beet is lower. Once the technique is perfected- I could see this being used in conjunction with other cured, smoked and pickled vegetables as a unique celebration of our garden.