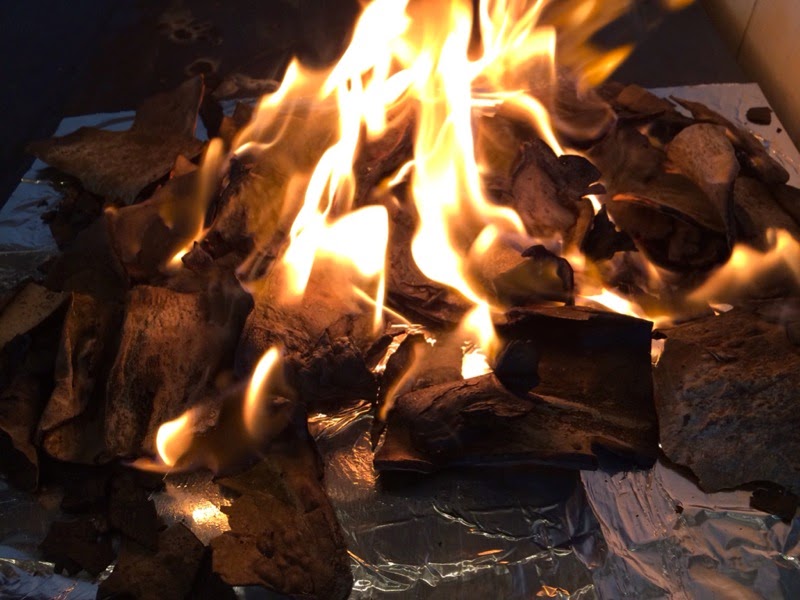 This technique is inspired by an ancient Japanese technique for salt making called “Moshio-Yaki”.   Japan is one of the few places on earth that rely completely on the ocean for salt, due to their lack of inland salt deposits.  The ocean water surrounding Japan contains approximately 3% salt and reducing it efficiently enough to produce salt would have required more fuel than was available.  Historians believe that one of the first methods of salt production was to burn piles of dried seaweed and using the resulting ash to enhance the saltiness of sea water prior to evaporating it over heat.  This method increased the yield of each batch and imparted a pleasant savory aspect to the resulting salt.  Traditionally the crystals would be skimmed from the top of the pot to yield a light grey crystal - but I elected to put the ash through a fine strainer before adding it to the ocean water and then reduced it until if formed a thick, black paste.  I put this paste in the dehydrator overnight and then microplaned it to order for use as a finishing salt.  We are also going to work on a slower evaporation method which should yield larger salt “florets”. 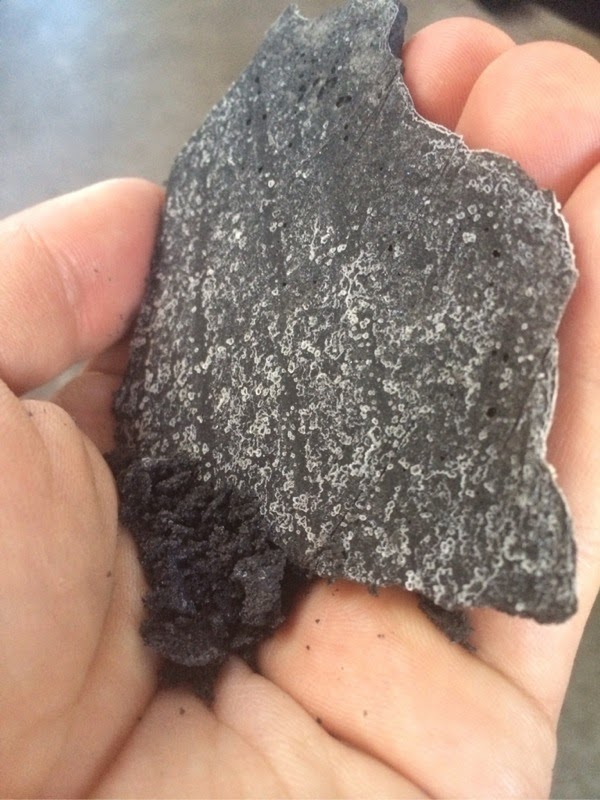