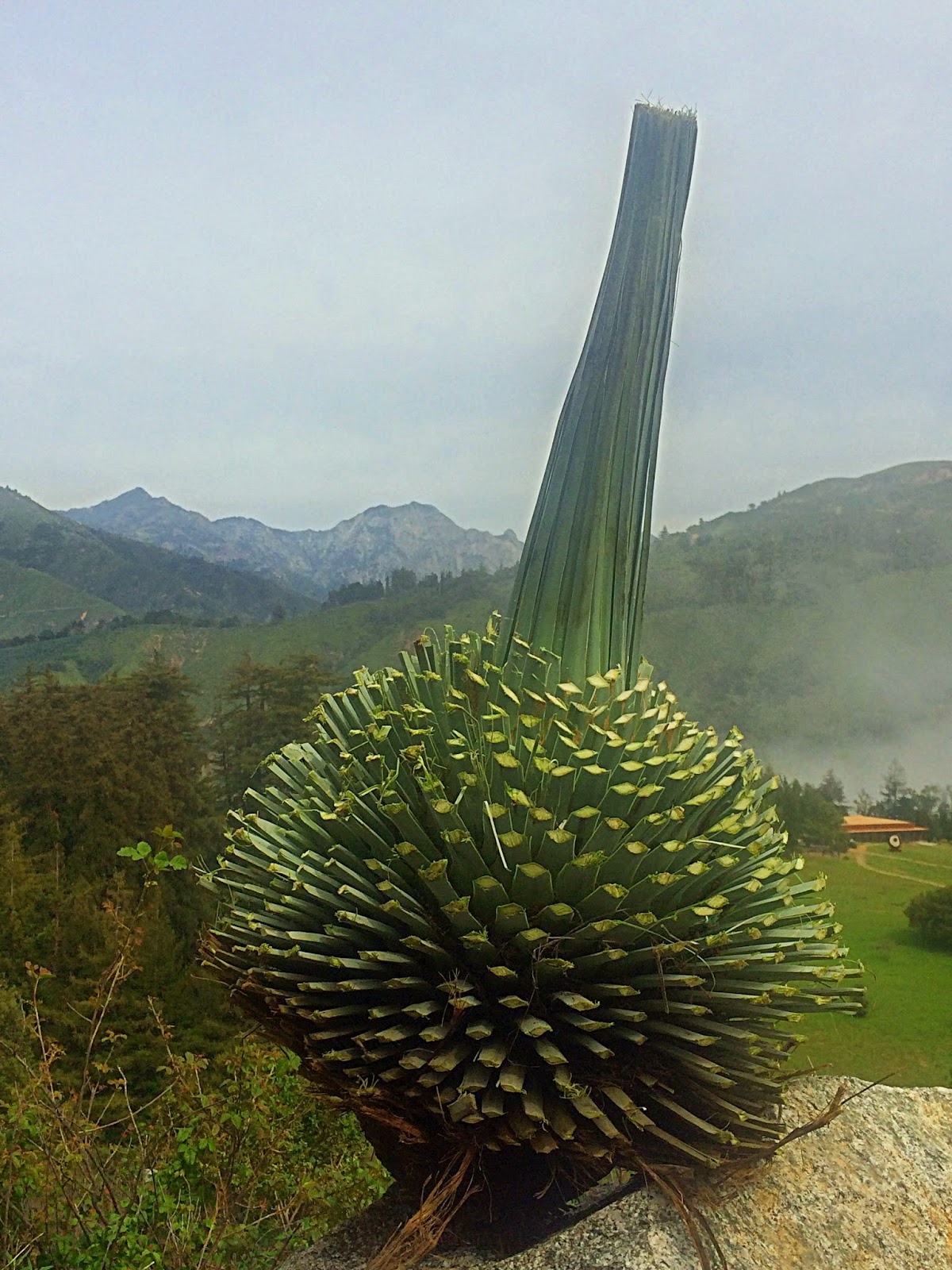 When I was in Oaxaca earlier this year I had a chance to tour a number of small family mescal producers in the mountains outside the city. At one of the stops the farmer had just started to unload the roasted agave hearts from the underground pit. Unlike tequila, where the agave is cooked with steam, mescal requires the agave to be roasted underground for several days,
a process that imparts a Scotch-like smokiness. The farmer offered me a small piece of the roasted agave and I was amazed by the sweet and smoky the flavor. The agave was too fibrous to eat straight out of the pit, but I wondered if it would be able to make a syrup using the pit-roasted agave. 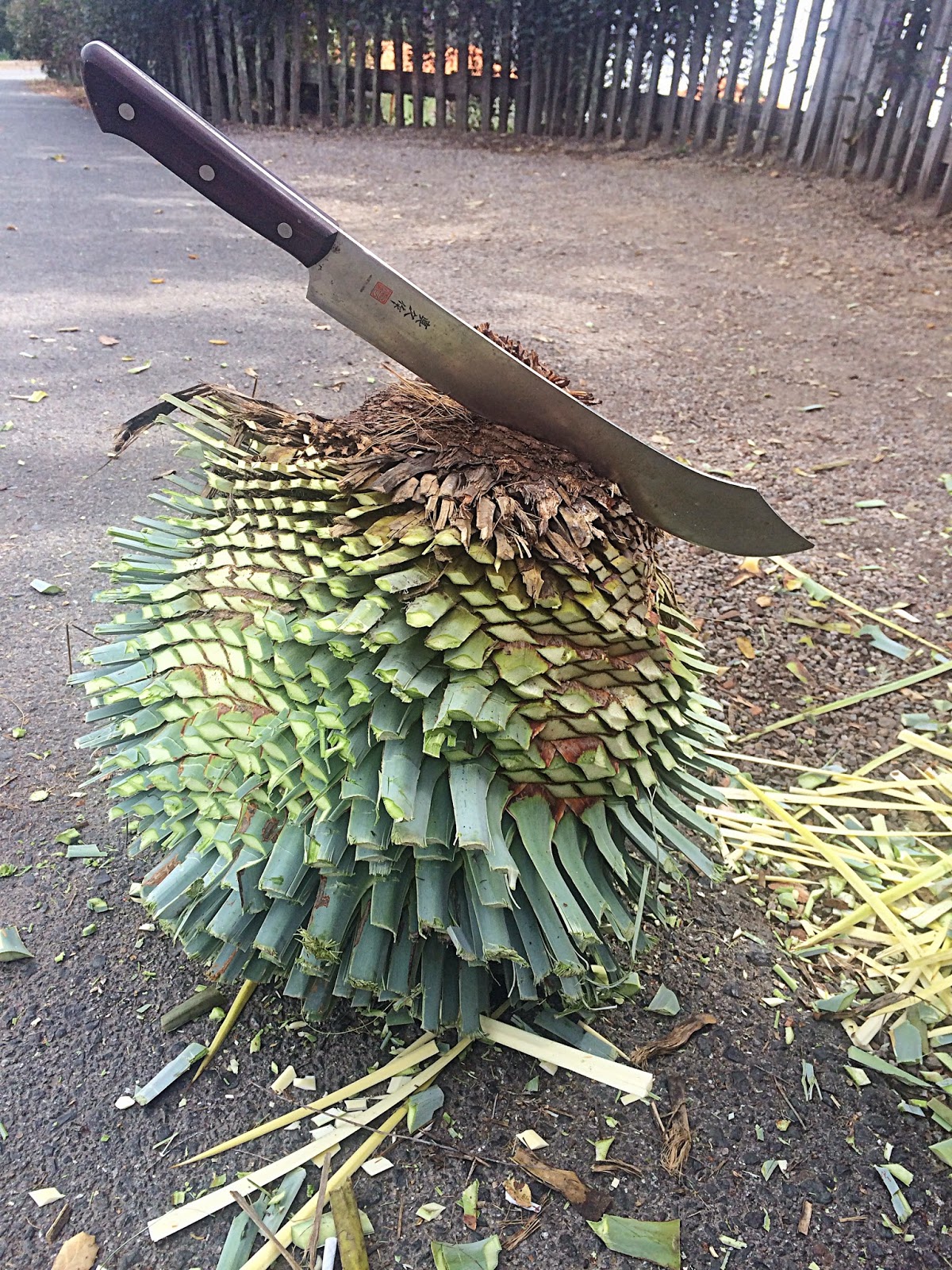 This week one of my cooks brought me a wild chaparral yucca- also known as Our Lord's Candle for its towering stem of white blossoms that can be seen from miles away along the desolate southern Big Sur coast. While Yucca is not the same as agave- it is similar enough that I decided it warranted some
experimentation. (Yucca should not also be confused with Yuca- another name for manioc root- an unrelated starchy tuber used to make tapioca.)

To start we removed all of the sharp spines from the yucca. Next we smoked the yucca over low heat for one day to replicate the flavor of the pit-roasted Oaxacan agave. We moved the smoked yucca from the smoker into the oven and roasted it at 200 degrees for two days. After close to three
days of cooking a knife could easily go into the yucca heart and the leaves were soft enough to be removed by hand. Now that the yucca was fully cooked we chopped it into pieces, covered it in water and began to reduce it.

After a full day of reducing the syrup took on a sweet-smoky flavor and dark brown color similar to molasses, with a unique acidity and noticeable bitterness. I found the overall 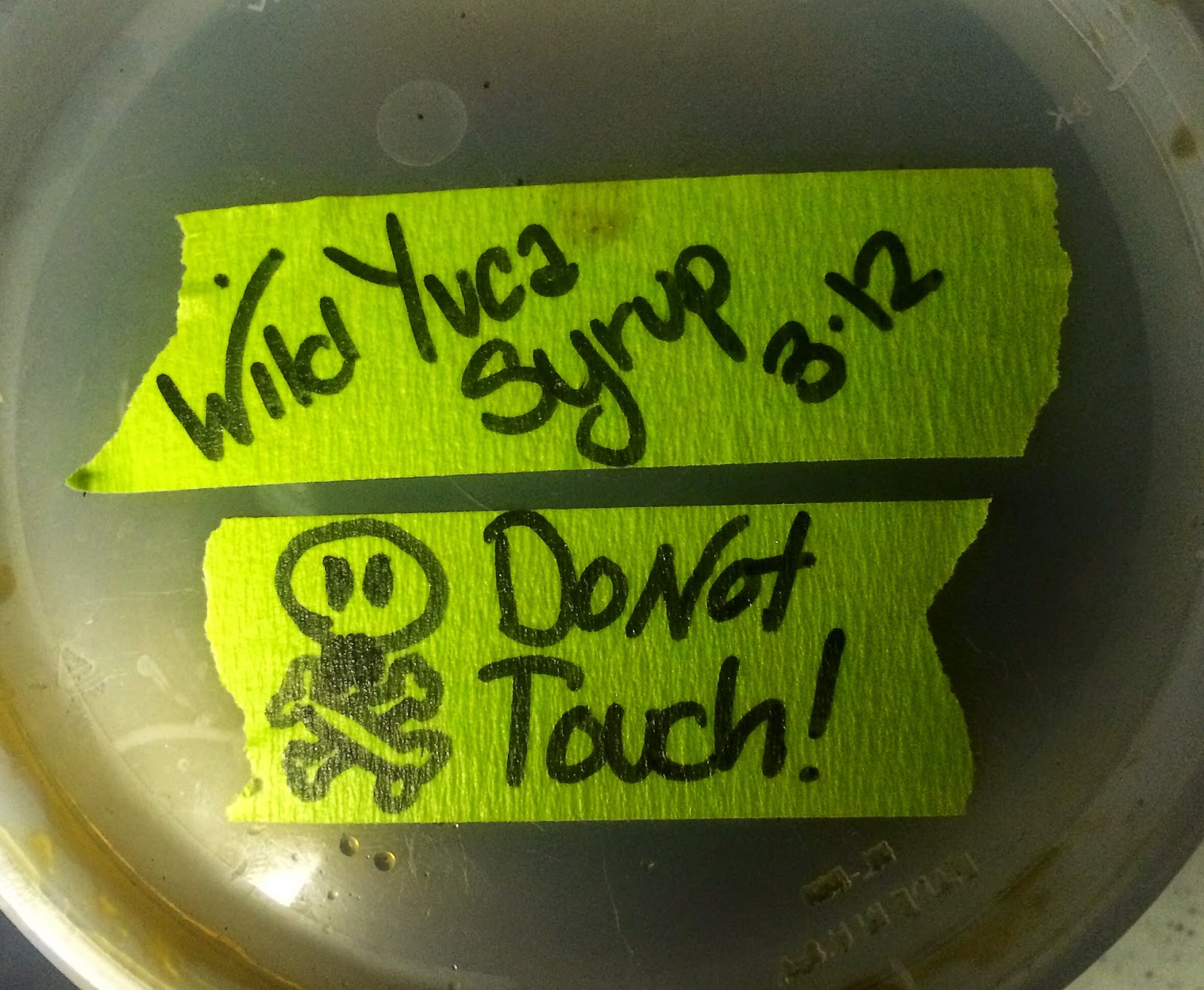 flavor excellent- but the finish to be too bitter. While I wanted to keep the purity of the yucca flavor- I decided to add some powdered malt vinegar to balance out the bitterness. The
resulting syrup was quite delicious!

I'm not exactly sure how we will use this new wild Big Sur sweetener- but am excited to experiment with some ideas.
at 11:31 AM