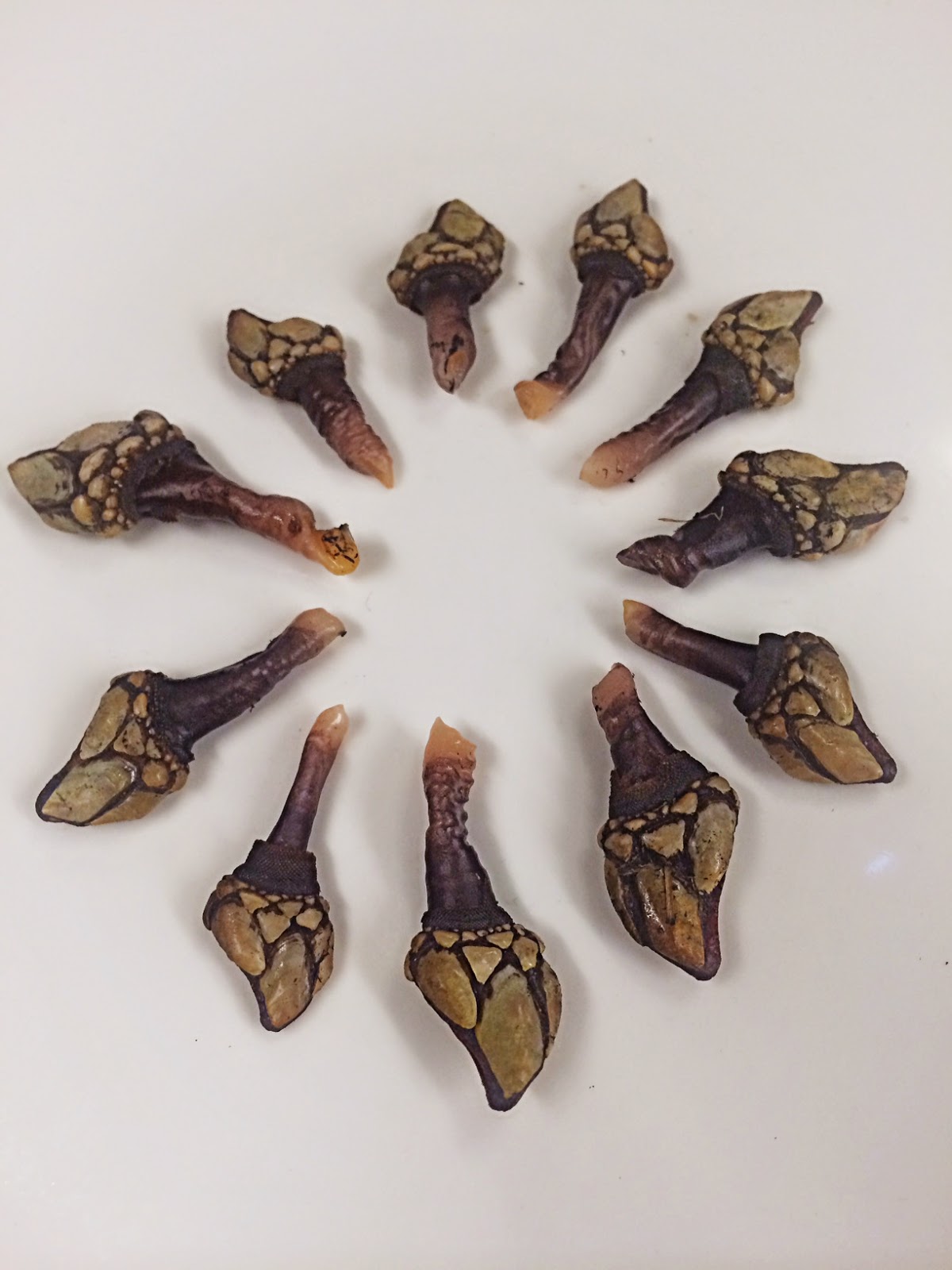 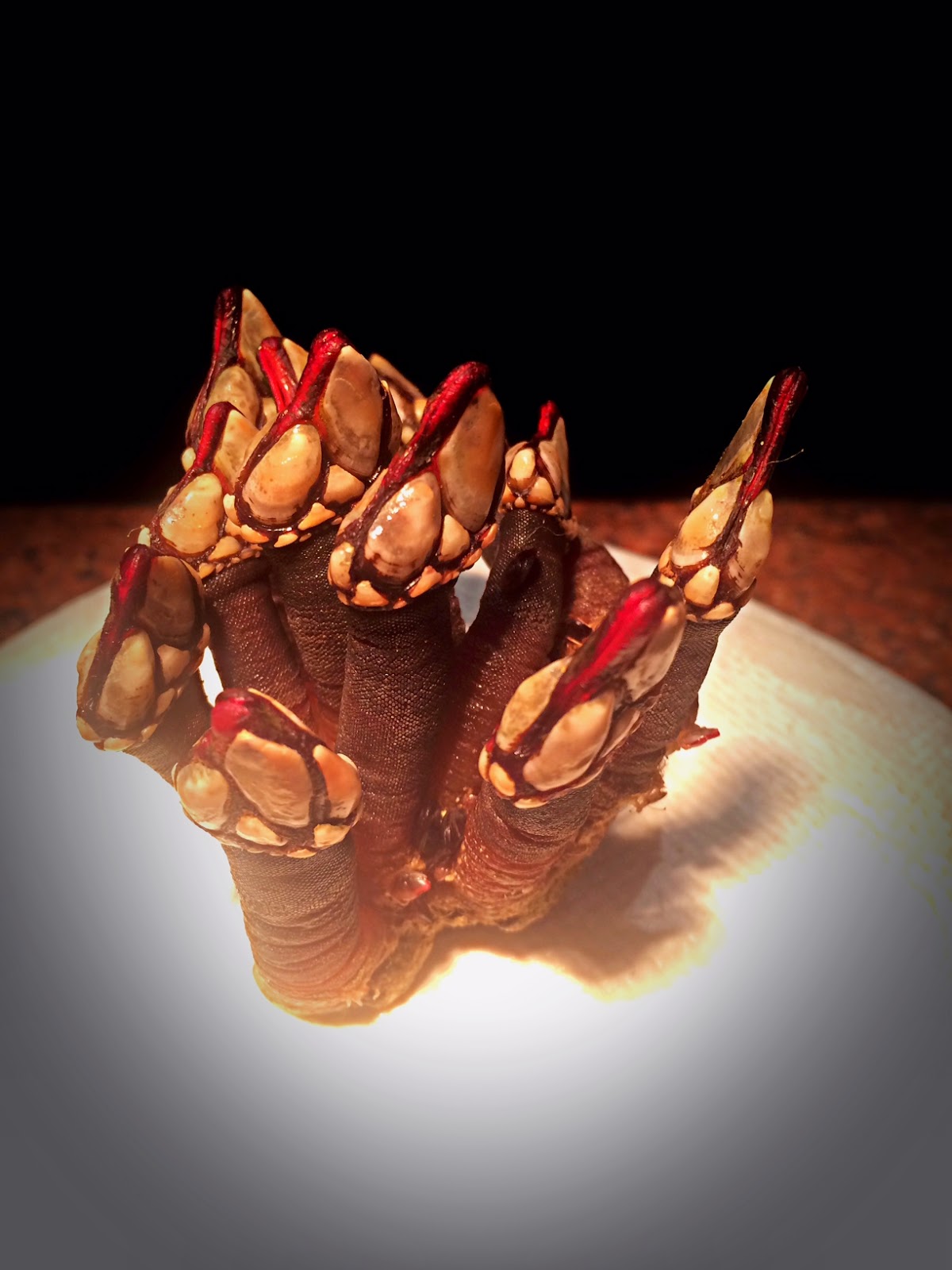 We just got in a batch of wild gooseneck barnacles. These primordial sea creatures can be found in large numbers all along the Big Sur coast, unfortunately they can't be harvested, because they are an unlisted intertidal species. This means that when the Fish and Wildlife made the regulations, there was not enough interest in the species to warrant adding
them to the list or researching their sustainability.

While gooseneck barnacles are rarely seen on menus in California- they are
very popular in Spain and Portugal, where prime specimens can bring in over
300 Euro per Kilo. The exorbitant price is largely due to the extreme danger involved in harvesting them. Large gooseneck barnacles spend most of their time submerged just below the surface on steep granite cliffs.
During large tidal shifts, when a negative tide occurs, it is possible for harvesters to reach and chisel away the barnacles, but they must constantly battle slippery conditions and large rogue waves. 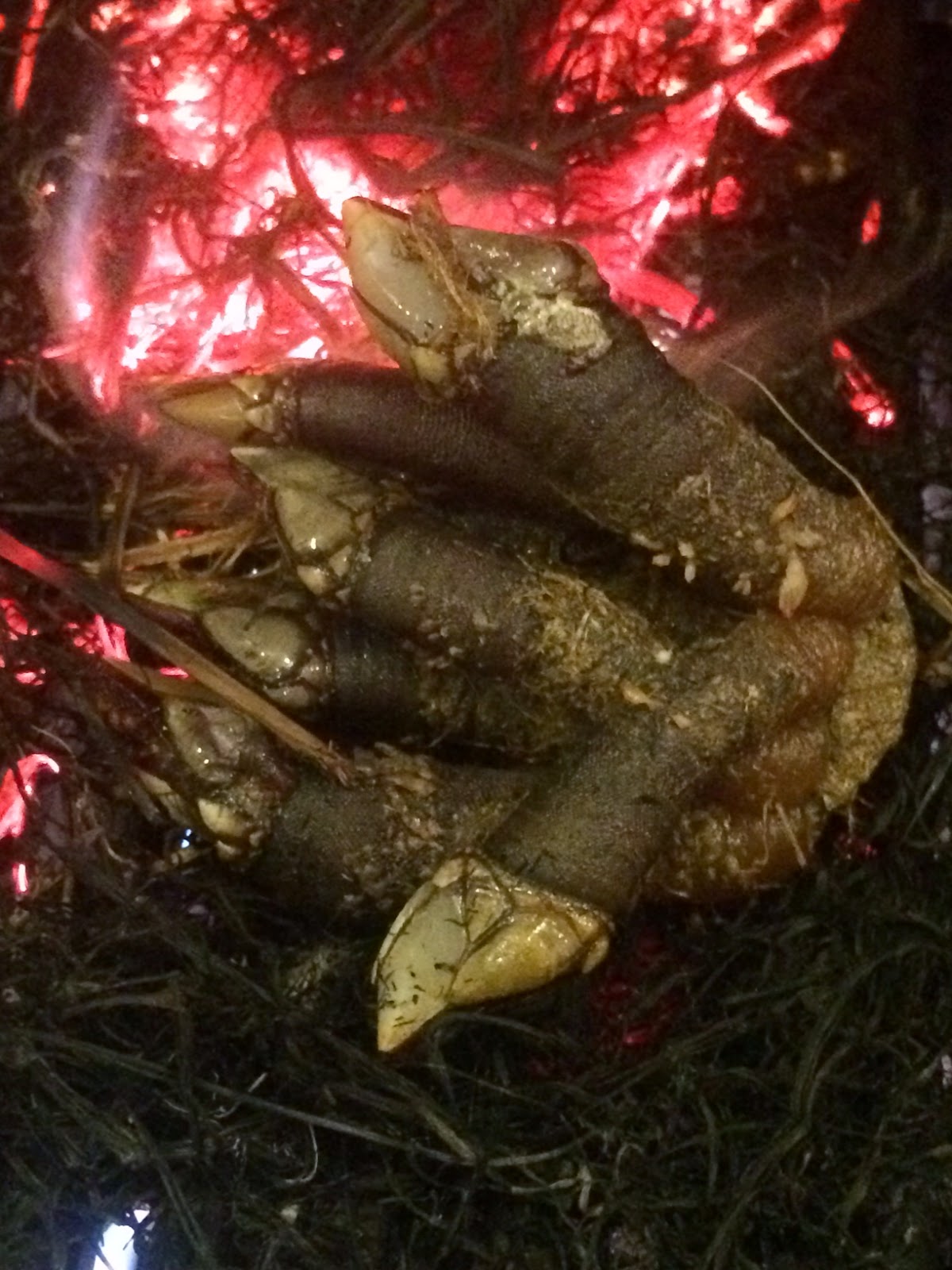 Our barnacles were wild harvested on a pristine stretch of the Oregon coast. It took over 6 months for our source to get the perfect harvesting conditions, and we were thrilled to see them show up this week! The meat of the barnacles is surprisingly delicious, somewhere between crab and
escargot with a mild sweetness, intense salinity and subtle earthiness. We experimented with grilling the barnacles with dried hay and quickly blanching them in sea water. Our consensus was to cook the barnacles just enough to remove them from their shells - 10-15 seconds. 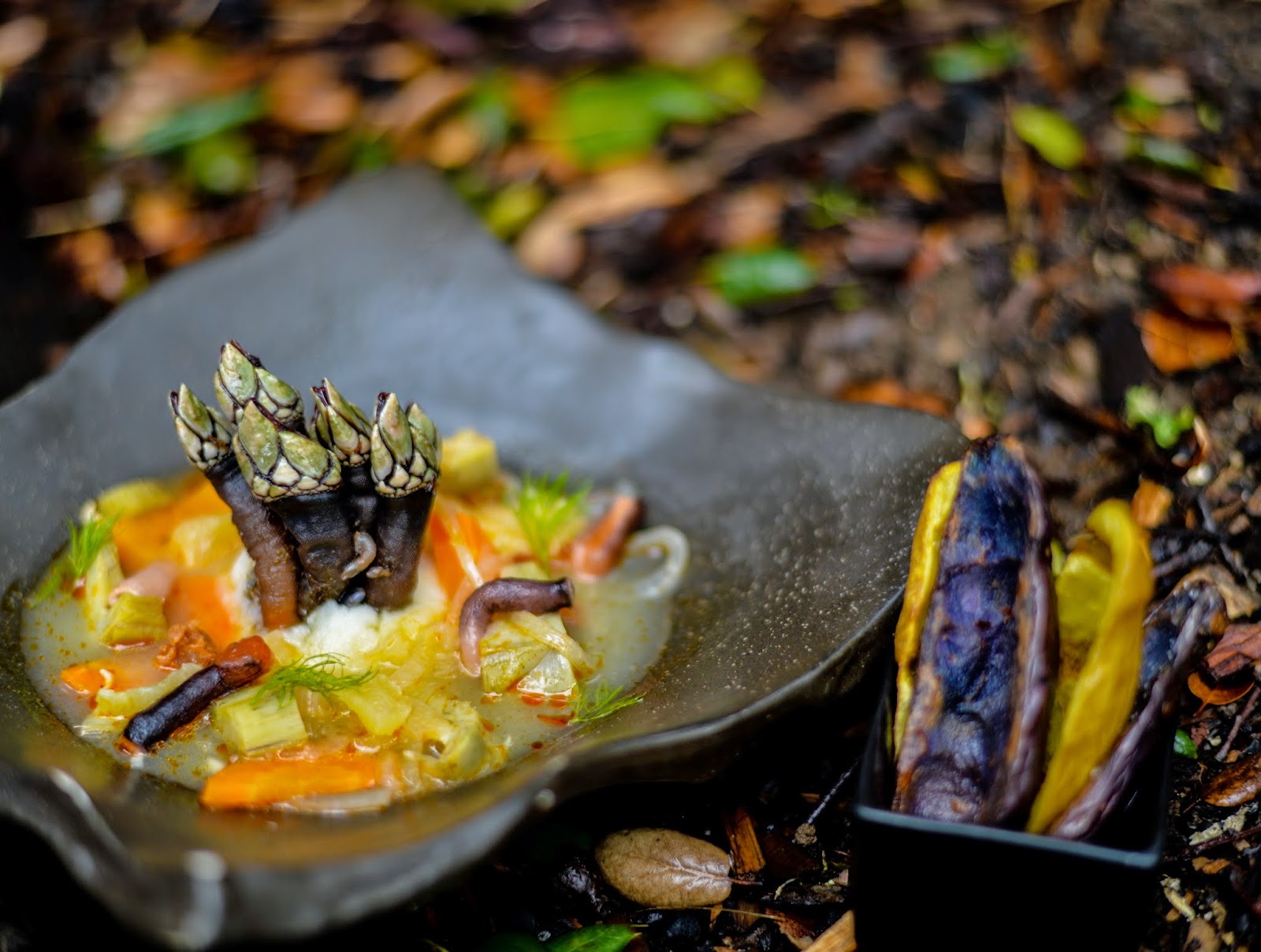 Tonight we made a local artichoke and barnacle barigoule with spicy chorizo and crispy bay scented potatoes.