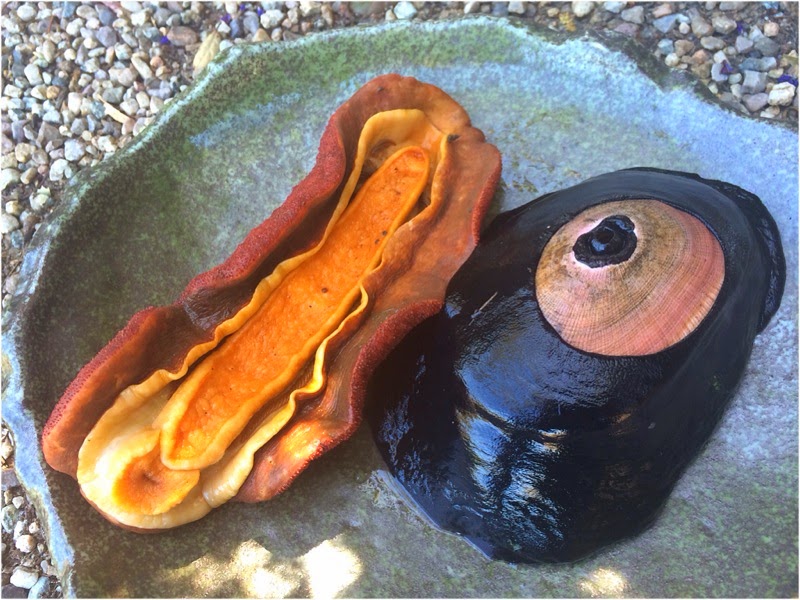 This week the spiny lobster season and whelk season both came to a close.  The Monterey Abalone Farm, who has been collecting both of these items for us, asked me if I had any other exotic seafoods on my wish list.  They have always come through on even the most outlandish requests, such as live moon jellyfish and sea cucumber, so I racked my brain to think of anything that might be worth pursuing.  Anemone, commonly eaten in Spain, but illegal to harvest in California, was out of the question.  I remembered reading something about native Californians eating gumboot chiton, but had no idea what flavor they might have or whether they would be a choice ingredient.  As luck would have it, Trevor happened to have a gumboot that he had collected for an aquarium and was more than happy to let me have it.   While he searched the tank he also ran across a giant keyhole limpet, resembling an abalone shrouded in a strange-black film.  For good measure, I decided to add it to the shopping list.

The gumboot chiton was pretty bad - not only was it flavorless, it also retained a hard-brittle texture (like plastic) regardless of whether it was raw, gently poached or cooked for hours.  The results were so disappointing that for the time being I have written it off as strictly a survival food.

The giant keyhole limpet was a whole other story.  After removing the strange black leathery shell, I pulled a large muscle - reminiscent of an abalone “foot”, from the small-oval shell with small hole on top.  I was then able to separate this portion into two parts - a central “foot” and donut shaped outer muscle.  After trying a few preparation methods we were able to get perfect slices of firm, yet tender meat with a flavor similar to abalone but with perhaps even a sweeter more complex note, by gently poaching a slice of the middle muscle in salted water for 25 seconds.  We also took the outside ring and slowly poached it in water with sea salt for 2 hours.  The result was completely unexpected - a creamy-white flesh, slightly sticky to the touch, most similar to a piece of braised pork fat.  The flavor was rich and creamy - delicious and completely unlike anything I have tasted.  It was an incredibly fruitful and exciting afternoon in the kitchen and I am excited to work on a dish that showcases the unique culinary merits of the keyhole limpet!

In addition to being an incredibly promising culinary ingredient, the giant keyhole limpet is also on the forefront of modern medical science.  It contains a blood protein called “KLH” which is alleged to be able to fight auto immune disorder, Alzheimer’s and cancer.  You can read more by clicking here. 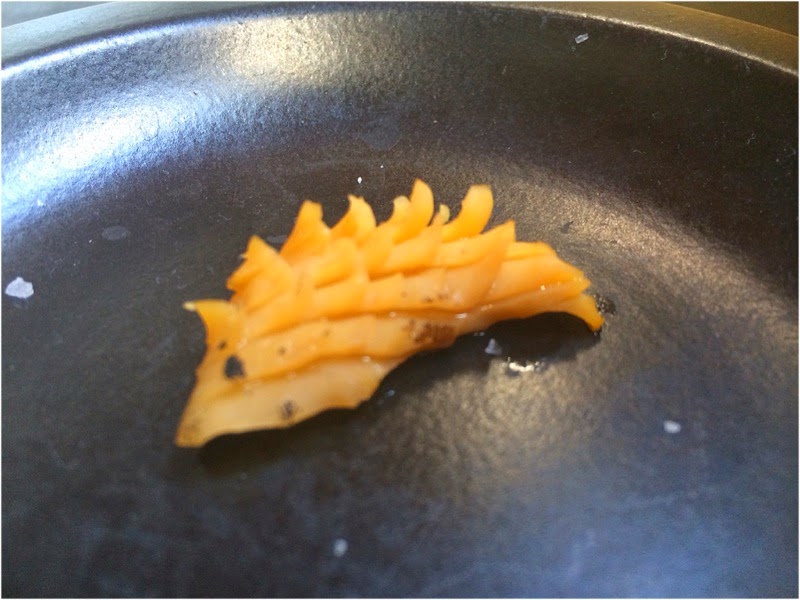 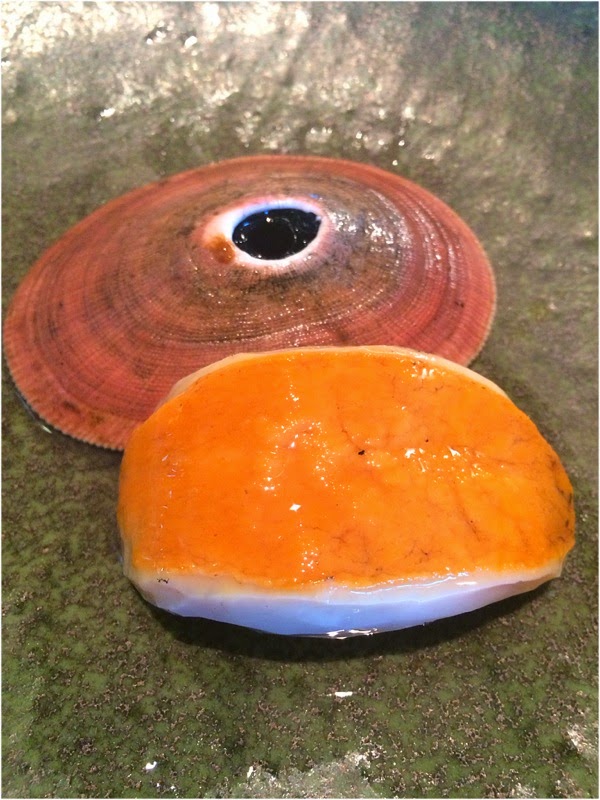 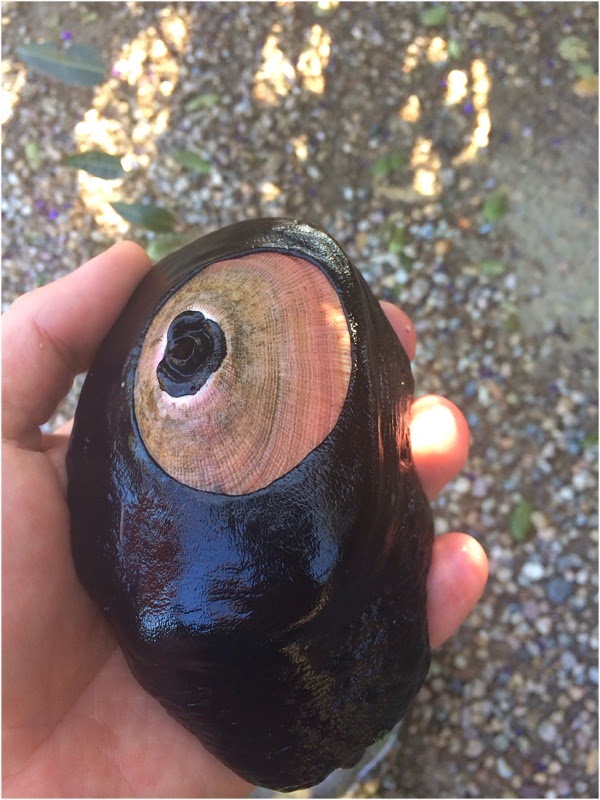 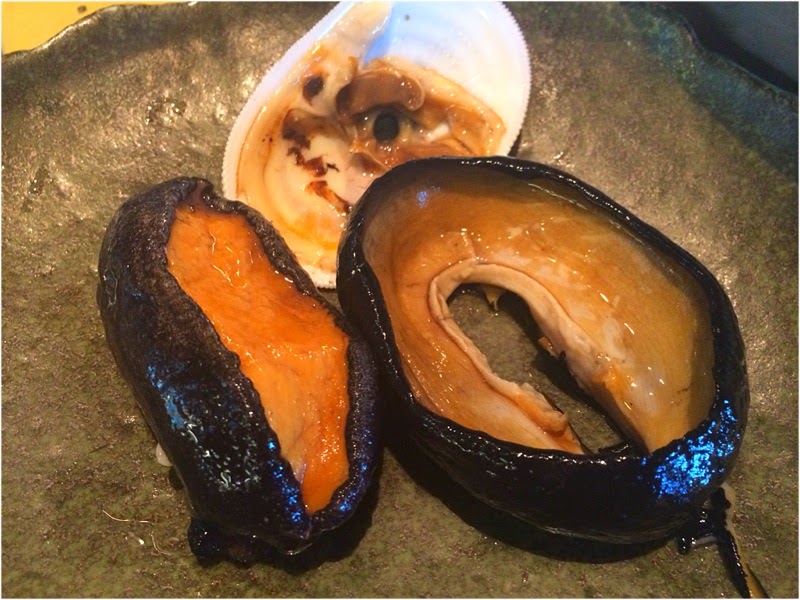