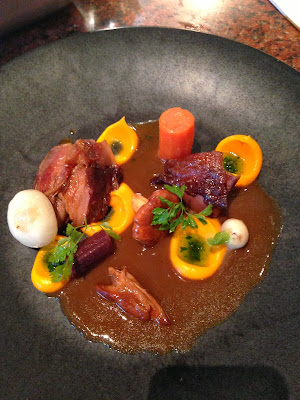 Last week a local rancher called to ask if I was interested in six adult roosters.  Apparently they had become a noisy nuisance and she was ready to get rid of them.  Rooster has never been high on my culinary priorities list, but the opportunity to work with fresh cockscomb was intriguing so I agreed to take them off her hands.

Cockscomb, the crimson flame-like crown on adult roosters, has long been a delicacy in Europe, but is essentially forbidden in North America due to certain butchering stipulations imposed by the FDA.  While the odd cartilage-like appendage does not offer much in the way of flavor, it provides an interesting texture and presentation to modern dishes.  Coq au Vin, a dish popularized by Julia Child in the 1970's is the most well-known of rooster recipes.  The dish maintains some popularity in the US, but given the scarcity of rooster is now largely prepared with chicken. Cockscomb was a traditional garnish for this braised rooster dish, and could also be found in traditional dishes from Piedmont to China.

Tonight we decided to pay homage to long-standing culinary tradition with our own version of Coq au Vin using roots from the garden and local rooster. 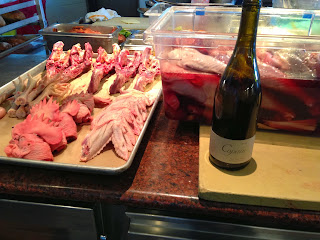 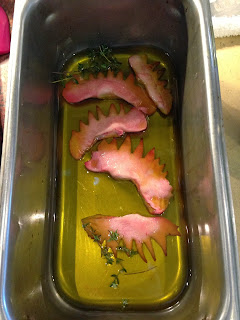 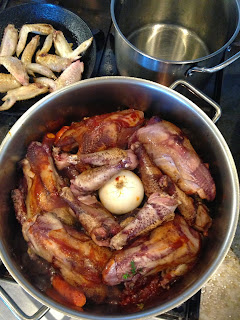